People like treating Dupuytren’s contracture with ultrasound for several reasons:

Ultrasound treatment for Dupuytren’s contracture was included into the DCI large treatment plan in 2012.  That same year DCI started to advise adding it to any plan that was not working well.  Since then, many times over, ultrasound has made all the difference to ineffective plans that needed a little boost.

When electricity passes through a small mineral crystal, it will vibrate.This vibration creates sound. Like when a bell vibrates and makes a sound. The sound frequency depends on the size and shape of the crystal.  As we already know, ultrasound vibrations can go well past a million per second. Once created, ultrasound waves pass from the sound head of the machine, and travel into any tissue it contacts.

Sound energy moves whatever it contacts.  When ultrasound energy contacts the human body, that part of the body will vibrate at the same fast frequency, also.  Further, ultrasound vibrations will transfer into abnormal, malfunctioning or injured tissue. As we will see, this is important because vibrating living cells makes them work faster and better.  This is the key to why Dupuytren’s contracture ultrasound treatment is so important.

There are two kinds of medical ultrasound:
1.  Diagnostic ultrasound – to create images (ultrasonography) and for information to make a diagnosis.

In a medical clinic or hospital, ultrasound machines are large and produce sound at a frequency of 1,000,000 cycles per second (1 MHz). They are useful for treating a variety of problems in all areas of the body.  However, in the last 10 years, even faster ultrasound frequencies have appeared. 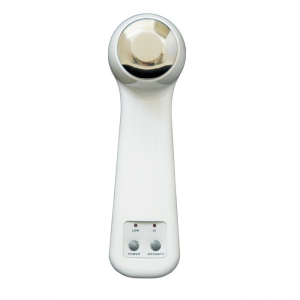 What does ultrasound therapy do?

When tissue vibrates so fast, a few things happen that are important to all soft tissue problems, especially Dupuytren’s contracture:

In summary, the combined effects of cavitation, acoustic streaming, and micromassage is that the metabolism of cell membranes is “excited” (up regulated) by these waves of energy.  Of course, this is a good thing to assist ultrasound therapy for Dupuytren’s contracture repair.

Not all therapeutic ultrasound the same

Use 3 MHz, not 1 MHz – keep in case the above title must be eliminated

Full instructions for using our 3MHz ultrasound machine come with each DCI order.  You will have all the information you need to use ultrasound correctly for Dupuytren’s contracture therapy. The DCI notes make it easy to use ultrasound at home.  No one complains they do not understand.

Dupuytren’s contracture ultrasound treatment is not a magic bullet or cure for palm lumps and finger cords. It only helps the healing process.  Ultrasound is a great tool to assist the healing process. Regardless, it still takes a lot of time and work to get the job done to the best of your ability.

Please discuss the use of ultrasound for Dupuytren’s contracture with your medical doctor. Natural Health Education LLC and DCI will assume you have talked to your doctor and gotten approval for ultrasound use in your case, or you will not order this medical device.

This site uses Akismet to reduce spam. Learn how your comment data is processed.

What People Are Saying...

DCI ships all over the world.