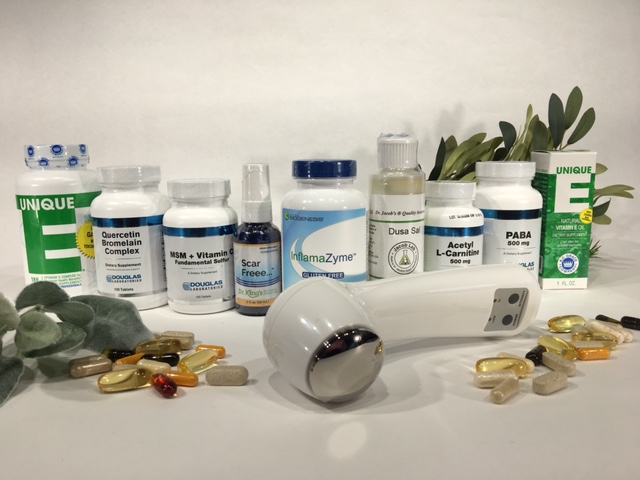 How do I start home treatment for Dupuytren's Contracture treatment?

Each of our therapy plans contain products that have been used with success to treat Dupuytren contracture. Learn more about the condition and how we help to treat it.

Get Started With Our Large Plan

Our Large plan contain all of the products that have been used with success to treat Dupuytren contracture.

So, if you want to use a natural cure for Dupuytren’s contracture, that has been around for a while, you have come to the right place.

Since 2004, DCI has worked with 1000s of cases using multiple therapies to treat this hand problem.   As a result, we average 8-10 reports of moderate to marked success with Dupuytren’s contracture natural treatment, for every one report of failure we receive – when self-treatment is done as we suggest.

No one has ever reported a serious side effect, nor a return of DC, after successful treatment. 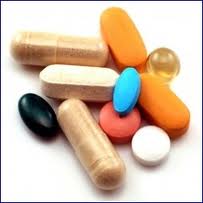 The idea of using vitamins, minerals and other natural therapies to heal DC, appeals to people naturally.  It just makes sense.  However, they do not know how to begin.  And, they are not sure which therapy products to use, or how much.  DCI has all this figured out.  There is no guessing when you use the DCI method for Dupuytren’s contracture natural treatment.  Each DCI treatment plan comes with complete detailed information for the best results possible.

Learn about the different DCI treatment plans for home treatment for Dupuytren’s contracture.  See if it makes sense to you. Read the brief and informative links, below.

For information about Peyronie’s disease. 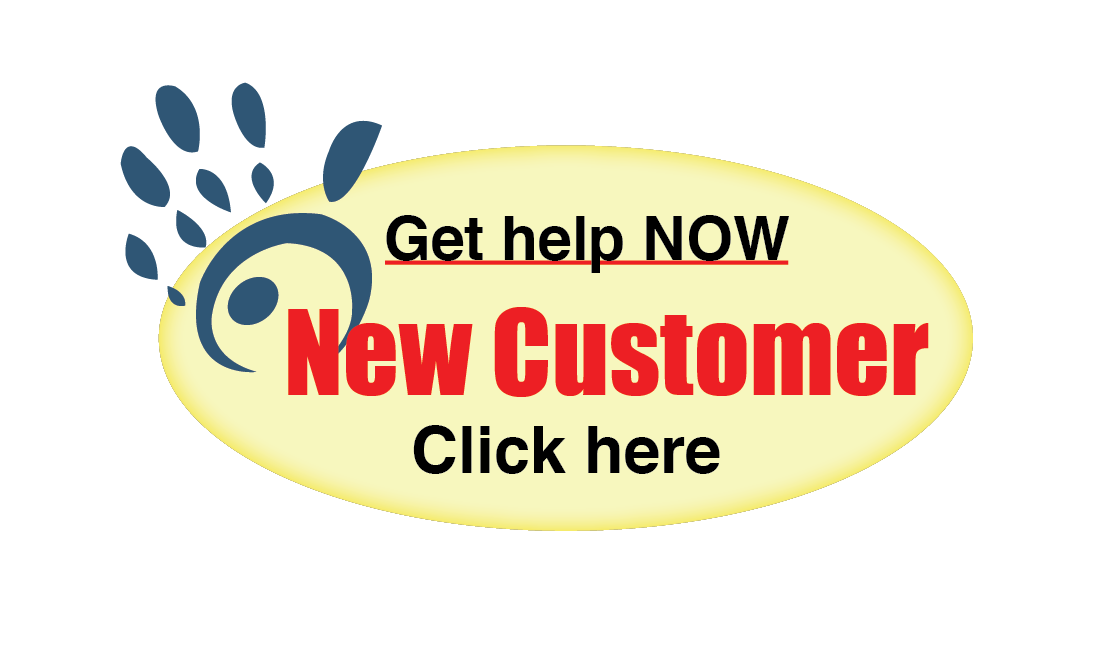 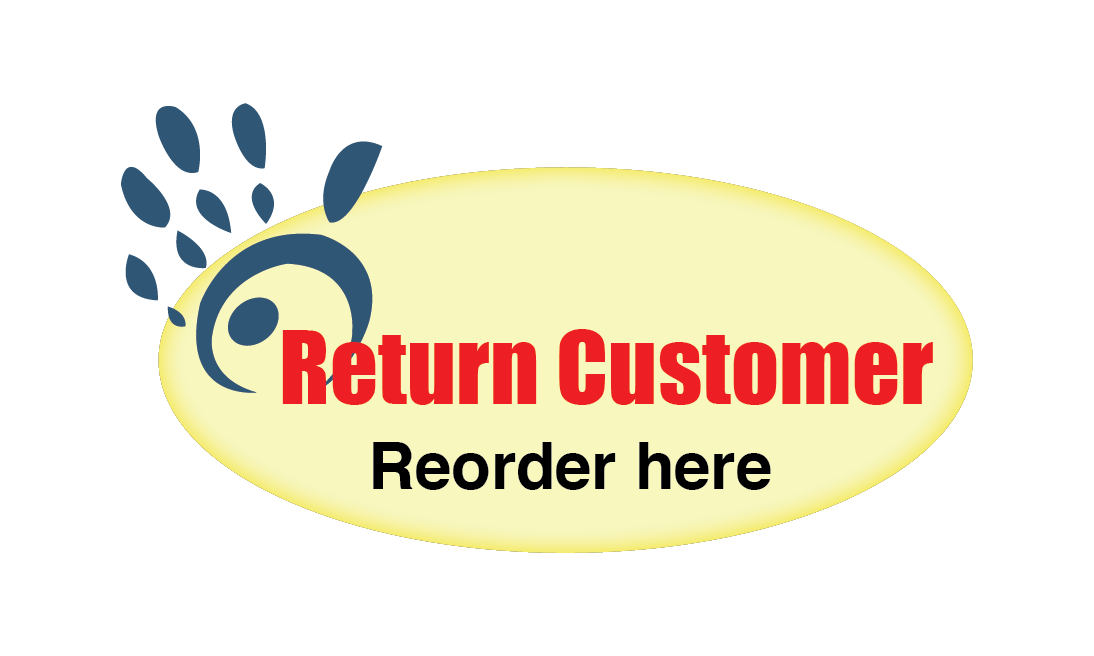 What is this home treatment for Dupuytren’s contracture?

DCI natural treatment uses many different internal and external natural therapies at the same time.  Basically, the idea is to “gang up” on the fibrous palm lump.  This strategy throws everything you can against the fibrous Dupuytren’s contracture tissue to overwhelm it.   We combine nutrients (vitamin E, PABA, l-arginine etc.) for soft tissue healing, fibrin-eating enzymes, plus things like stretching, ultrasound, DMSO, etc.  No one else does it like DCI. Aggressively supplying a large group of so many therapy items at the same time makes the DCI concept different – and effective.

Our strategy is more inclusive than using vitamin E alone, as many doctors suggest.  A single nutrient (like vitamin E or acetyl-L-carnitine) is never as successful  to remove the fibrous palm lump, as a combination of nutrients.

DCI tells you how to do it

You will be impressed with the amount of helpful information you will receive:

What results can I expect from my Dupuytren's treatment?

Dupuytren’s Contracture Institute gets 8-10 reports about moderate to great improvement (including complete elimination) of the DC lumps and cords for every one report of failure; much more success than failure. Every week people report they move their fingers better, flatten their palm farther, have less hand pain and enjoy greater ease doing the important activities they lost (washing, dressing, working, etc.).  Of course, these improvements of finger and hand movement are accompanied by reduction of the size, shape, density and degree of adhesion of their palm lump and finger cord.

If the idea of the body being able to reduce the DC fibrous tissue makes sense to you, then give it your best effort for a few months and see what happens for you.

You only know if you try

Those people who follow the DCI instructions accurately usually report at least small improvement of their Dupuytren’s contracture, and oftentimes more than that.  The key is to use their program as DCI suggests for several months.  Those people who do best with their home treatment for Dupuytren’s contracture use the larger plans.  They tend to be more aggressive and exact following suggestion.  Those who do more get better results, just like most things in life. Poorest results occur for those who use only a small part of the standard DCI plans, or do not follow the instructions they are given.

In many cases, those who have had prior Dupuytren’s contracture hand surgery can see some improvement with natural treatment.  However, the results are not as good as if they did not have hand surgery, due to increased scar formation and tissue loss.

What do I have to do to get started with my natural Dupuytren's treatment?

Dupuytren’s contracture treatment is not difficult, but you have to do it well:

Next, follow the treatment suggestions that come with the plan you order, exactly.   The notes tell you how this program works best.

Determine the exact size, shape, density and degree of adhesion of your lumps and cords, using the detailed notes provided.  It is essential to follow this information correctly and faithfully. The details are critical to your success because it guides your treatment plan and all dosages.

Give home treatment time to work

Carefully use your plan for at least 3-4 months.  This allows enough time to get your dosage levels up to therapeutic levels, and for your tissue to respond to therapy.  If you cannot self-treat your Dupuytren’s contracture as we suggest, then perhaps it might be better to wait until you can.

Remember, these are not drugs.  Home treatment for Dupuytren’s contracture uses only natural therapies to assist a natural healing process.  They cannot make your body do anything; they are assisting your body to work to the best of its ability.  Be patient with yourself and the healing process.  It takes time.

DCI here to help you

Above all, ask questions. The help and information you will receive will impress you.  Email all questions to contact@dupuytrens-contracture.com

How long have you used your system to treat Dupuytren’s contracture? How many people have you helped?

Good results even in difficult cases

DCI has worked with an estimated 10,000-12,000 people.   Between 70- 80 percent of people we work with have had Dupuytren’s contracture for 2-5 years; a small percent of cases for 10-12 years; another small percent of cases for a year or less.  Perhaps 10-20 percent of people who use the natural Dupuytren’s Contracture Institute method have had one or more hand surgeries before starting their conservative self-treatment. The majority of people DCI works with have advanced cases of Dupuytren’s contracture, but we also work with early cases of DC.  Both, chronic and early DC responds well to the DCI methods.

On average, DCI receives 8-10 reports of moderate to marked improvement of Dupuytren’s contracture (up to complete elimination) for every one report of failure; a very good success rate, indeed.

How long does it take to start seeing results from this natural Dupuytren's treatment?

On average, most people (70-80%) respond to some degree to DCI treatment, either in a small or large way.  They notice a variable amount of improvement after 1-3 months of aggressively and correctly applied home treatment for Dupuytren’s contracture, as described by DCI.   On the other hand, in about 10% of cases there is no improvement at all.  Reduction of the hand lump is more likely if there are no changes or modifications of the DCI treatment approach.  in this way, closely following our outline of treatment provides better results.

At one extreme, reduction of the Dupuytren’s contracture fibrous palm lump and finger cord can begin quickly, like in a few weeks.   And at the other extreme, as long as several months.

Working with the body

In many cases, the body can and does reduce DC, without any help at all.  See if you can do a better job of it with DCI help. Give it your best effort, and see what happens for you.

Once the fibrous tissue begins to soften and shrink it can take up to an additional 6-12 months to reach maximum recovery.

No one can predict when improvement will start, length of treatment needed, or the degree of final improvement.  For this reason, no guarantee is made that anyone will respond.  There are too many variables.  For best results, work as faithfully and aggressively as possible to supply your tissue with everything it needs to heal as completely as possible.

In conclusion, do not make the mistake of assuming your Dupuytren’s problem is too old or too advanced to improve.  Whatever happens, you will have the satisfaction of knowing you did your best to heal your Dupuytren’s contracture.

My Dupuytren’s contracture returned and got worse after hand surgery; can I still try your natural treatment method?

After hand surgery, Dupuytren’s contracture can be made much worse. In these cases, even a small amount of improvement can be important and greatly appreciated. Many times DCI treatment can help the body make those small tissues changes deep in the tissue that result in such a big difference in post-surgical complaints and side effects.

Keep in mind, the body always does its best to heal and self-repair, to the best of its ability.  That is the way nature works.  With home treatment for Dupuytren’s contracture, you supply those nutrients and use those therapies to boost and support that natural healing process.

How do I get started?

First, before getting started with DCI home treatment for Dupuytren’s contracture, review our Dupuytren treatment philosophy

Select one of the plans below.  Each one is a well-balanced way to start your Dupuytren self-treatment.  Which one should you use?  Like a lot of things in life, the more you do the more you get. Applying this logic to Dupuytren treatment, the larger the plan you select the more likely you will see a favorable response. You can modify any of the following Dupuytren treatment plans  by adding to, or subtracting from it based what you have learned from this site.  Regardless, each  Dupuytren treatment plan can be a good starting point that can be custom tailored to suit your thinking.

One therapy – any therapy – is better than none; two even better, three even more so, etc.  Perhaps the average number of therapies used in a treatment plan is about 8-9.  Those who try to do the least, get the least.  And, those who do the most and work the hardest to help their Dupuytren’s contracture heal get the most done – just like anything in life.

Lastly, DCI suggests you attempt a brief therapeutic trial of Alternative Medicine care for your hand contractures before you think about doing  Dupuytren surgery because of the inherent risks.

How much does home treatment for Dupuytren's contracture cost?

Use the largest plan you can afford to undertake for at least three months to assure your best opportunity for success.   Use home treatment for Dupuytren’s contracture as aggressively and carefully as possible.  Finally, take self-treatment seriously.

Is this natural treatment program a cure for Dupuytren’s contracture?

The body heals to the best of its ability

Three ways that show the body is not helpless against Dupuytren’s contracture:

Firstly, over half of Dupuytren’s contracture cases either have a spontaneous cure or notice the palm lump will become soften and/or smaller for a while, once or twice, during the early stages. This reduction of the palm lump can be or complete and permanent, or partial and temporary. Thus, these spontaneous changes are due to the natural ability of the body to heal, repair, and influence the DC fibrous tissue.

Secondly, slow progression.  Most people with Dupuytren’s contracture  say it develops slowly, 2-10 years or more.  Unhurried development is a hallmark of DC.  Commonly, a case of Dupuytren’s contracture will start as a small palm lump and stay that way for a few years, even a decade or more. Rarely, DC develops to full finger contracture rapidly (in a few months).  This is more evidence of the body limiting and controlling the cellular activity and behavior of the foreign DC tissue.

Thirdly, a 2018 DCI research project shows that 50-60% of people with Dupuytren’s contracture report that their hand lump was variable – it was not stable – in the early stages. The fibrous palm lump got better for a while and then worse again.  In some cases, the palm lump went away completely, only to return months later, or never returned.